What makes an inclusive leader?

There are a lot of great articles and lists out there on the subject, and most of them overlap on core qualities like:

But I’d argue that many of these qualities aren’t exclusive to DEI leadership – they’re actually just good leadership practices in general.

If we’re looking for the behaviors that define truly inclusive leadership, we need to dig deeper.

Remember Google Glass a decade ago? These futuristic computerized glasses allowed you to filter the real world through a virtual interface. They were controversial of course, and ultimately discontinued – but I think they’re a helpful metaphor for DEI.

Think of DEI as a virtual lens through which you can consciously filter your leadership decisions and behaviors.

Through this lens, you can apply DEI considerations to your day-to-day activities, giving you deeper insight on yourself, your teams, and the unspoken ways your authority plays out within the structure of the company.

To build your own DEI lens, I recommend you start with these three core questions.

1. What power does my identity hold, and how does that impact others?

Your unique identity holds a certain status within the socioeconomic landscape we all share. This impacts how others perceive and respond to you as a leader, even if you’re not aware of it.

Leaders need to recognize the real power they hold because of these structural factors. If you’re a man, if you’re cisgender, if you’re white or white-passing, if you don’t have a disability, if you’re wealthy, if you hold a position of authority at work – these factors confer power on you whether you seek it or not.

Inclusive leaders understand how their power impacts the way others respond to them, and even how they perceive themselves.

2. Whose voice am I hearing? Whose perspective am I missing?

The more power you have, the less likely you are to consider the perspectives of others. It’s easy (and human) to think of ourselves as the one exception to a psychological bias like this. But the reality is that if you hold power – e.g., for any of the reasons mentioned above – your power has dulled some of your tendency to consider things from multiple perspectives.

Inclusive leaders understand that because of the power they hold, they have to work even harder to seek out and seriously consider multiple perspectives. They ask themselves whose perspectives they’re missing and how they can bring those voices into the conversation.

3. What mindsets and beliefs do I hold in response to my own structural power?

It’s not easy to change a belief once it’s settled in. Oftentimes it’s difficult to even recognize it as a belief rather than a fact.

These might be beliefs about what’s right and wrong, who is a good leader and who isn’t, whose perspective you should value, or what kind of people make good teammates. These beliefs often stem from deeply rooted influences we might not even be even aware of – but they still impact how we lead, empower, listen to and communicate with others.

Inclusive leaders intentionally cultivate an internal awareness of their deep-seated beliefs, so they can interrupt and interrogate them before those beliefs influence their decisions.

A lens is an interruption by nature. It’s an intermediary between reality and perception, and it helps clarify things we may not be able to see with our own eyes.

A DEI lens will interrupt your personal leadership style by introducing new questions and considerations into your thought process. This will deepen and sharpen your perception, so you can see things you otherwise wouldn’t.

From this new mindset, you can adapt your behaviors towards greater equity and inclusion – which will undoubtedly lead you to new inclusive behaviors that can’t be found in any listicle. 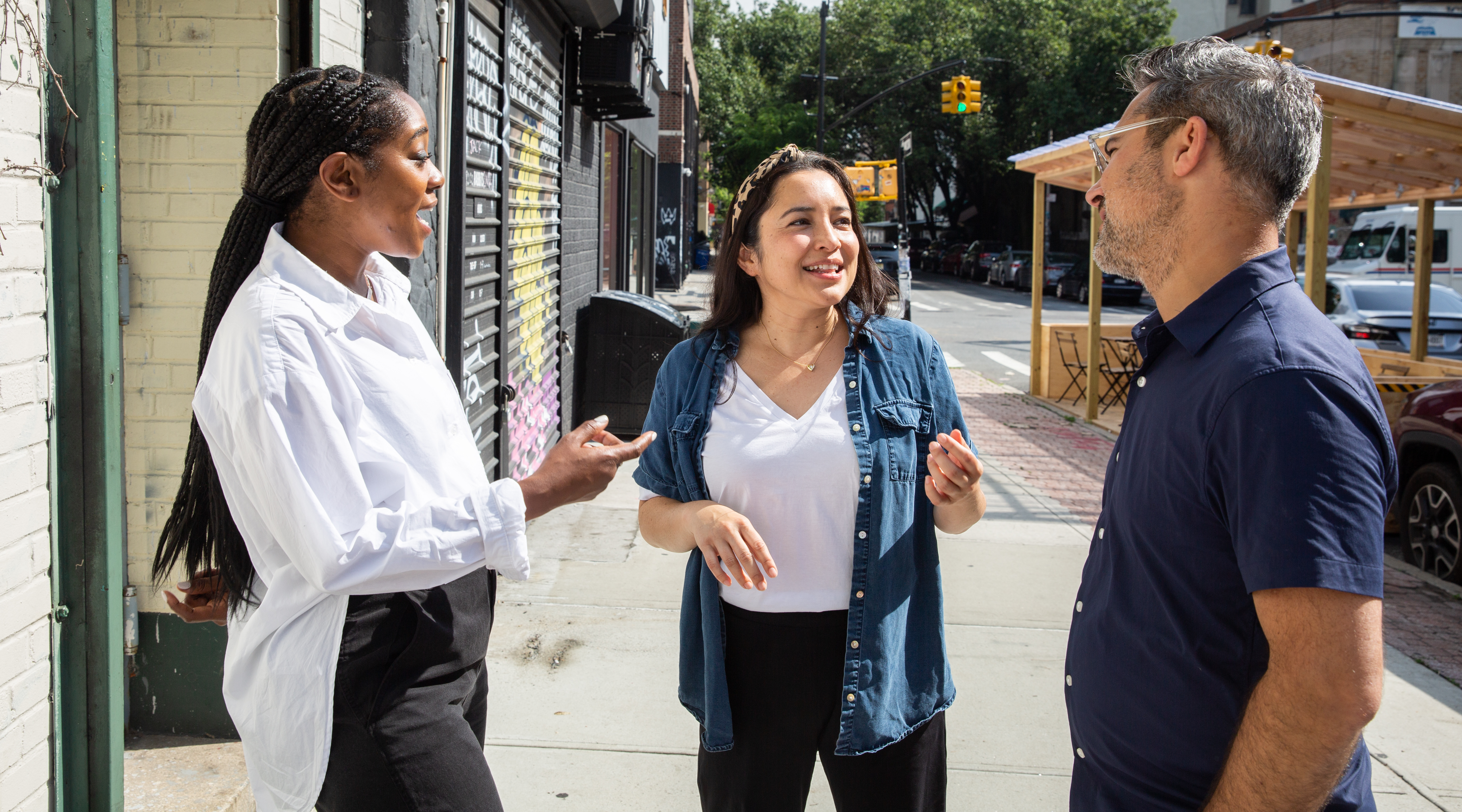 Remote team members across the USA and in Cambridge, England